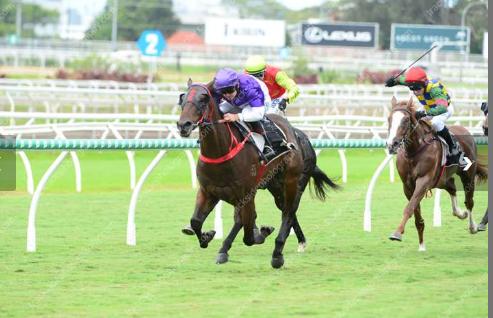 Mufasta made sure the purple and white colours of Lucky Pippos were back in the winners circle with a tough win at headquarters on Wednesday.

The son of Shamus Award proved a difficult ride early in the race for Nathan Day when the leaders put the brakes on up front which saw him in turn tossing his head.

Day waited till he was in the straight before he made his move urging Mufasta to the lead at the 200 metres and keeping the fast finishing Ausfall at bay on the line.

It was Mufasta's first win from just his fourth start after a promising second last start.